Citation: Nakase T, Suzuki A. Clinical Features of Patients Who Come to Hospital at the Super Acute Phase of Stroke. Stroke Res Ther. 2016, 1:1.

Background: The number of patients who are adopted for acute thrombolytic therapy and/or thrombectomy treatment has not increased for many years. To reveal the clinical reason of this will be important for setting up an effective campaign of stroke awareness.

Results: One hundred fifty-four patients and 177 patients were admitted in hospital within 6hrs and 6 to 24 hrs, respectively. There was no difference of the percentage of previous stroke and anti-thrombotic medication between patients admitted within 6 hrs and 6 to 24 hrs. Among patients within 6hrs, the average age was younger and the percentage of diabetes and previous stroke was lower in the interventional therapy group compared with the conventional therapy group (72.2 yo vs. 76.8yo, 7.7% vs. 28.1% and 11.5% vs. 33.6%, respectively).

Conclusions: It can be advised that educating patients by the family doctor might be important for stroke awareness. Moreover, relatively younger healthy people will be the main target for the campaign of stroke awareness.

More than 10 years past, since the acute thrombolytic therapy using recombinant tissue plasminogen activator (rt-PA) was officially adopted for the acute therapy for ischemic stroke patients in Japan. At the beginning, rt-PA was allowed to administrate within 3 hours after the stroke onset, and the number of rt-PA treated patients were in less than 5% of all acute stroke patients [1,2]. Although the time limit was recently extended to 4.5hrs [3], the number of patients who were treated with rt-PA was not dramatically increased. Recently, it was reported that the rate of thrombolysis in older adults has increased in the United States, from 1.7% to 5.4% (2005-2010 trend) [4]. In mean time, these days, the methods of mechanical thrombectomy have been improving, and this therapy combined with medical management could be safely performed within 8hrs following the stroke onset [5]. Since various therapies have presented as the gospel for acute ischemic stroke patients, it is desirable to increase the number of patients who admitted in hospital at the very early phase of stroke. However, because the initial symptoms of the stroke are various, it would be difficult to decide to go to hospital immediately [6,7]. Actually, many campaign for stroke awareness, including Act FAST (face, arm, speech, time) campaign [8], have been conducted across the globe [9,10], but it’s effect was limited and short [11,12]. Thus far, this study can be a good material for thinking about effective campaign to create awareness on stroke, the clinical distinctive features of acute stroke patients who admitted in the hospital later than 6hrs of stroke onset were investigated by comparing with those of patients who admitted in the hospital within 6hrs and treated with thrombolytic therapy and/or thrombectomy.

All data are presented as mean ± standard deviation (SD) for continuous variables and percentage (%) for categorical variables. Clinical characteristics were compared between the >6 hrs group and the ≤ 6 hrs group or the conventional therapy group and the interventional therapy group by the non-parametric one-way analysis of variance (ANOVA) test for continuous variables and by the Pearson χ2 test for categorical variables. All statistical analysis was performed by JMP9 software (SAS Institute Inc., NC).

Table 1: Clinical characteristics of all patients in each group.

Table 2: Clinical characteristics of patients who admitted to hospital within 6 hrs and taken the conservative or interventional therapy.

Table 3: Reasons why the interventional therapy was not adopted even though a patient admitted in hospital within 6 hrs. Our study clearly demonstrated the distinctive features of patients who came to hospital later than 6hrs, when compared with patients who were suitable for the acute thrombolytic and/ or thrombectomy therapy. Then, it was revealed that patients who were relatively younger healthy people, around 70 yo., should be educated about the emergency of stroke. Moreover, patients who are treated with anti-thrombotic medication must be educated by their family doctors.

At first, this study revealed that there were no difference of the frequency of past stroke history and the percentage of taking antithrombotic medication between the ≤ 6 hrs group and the >6hrs group. This finding suggests that there is a chance to increase the awareness stroke on by the family doctors. Of course, family doctors have to update latest knowledge about stroke, too. Next, the good candidates for the interventional therapy were relatively younger patients with fewer stroke risks. In these cases who did not come to hospital within 6hrs were also relatively young with fewer stroke risks. Therefore, these younger and healthier people, including their relatives, should also become a target of stroke awareness campaign. In the future, conducting a campaign of stroke awareness should be focused on those two groups so that the result will be effective to increase the number of patients who can be adopted to the acute interventional therapy.

Moreover, in this study, we wanted to include the subjects who have taken mechanical thrombectomy along with thrombolytic therapy; the arrival time was set within 6hrs. Then, only atrial fibrillation was observed in significantly higher percentage in the ≤ 6 hrs group compared with the >6 hrs group. This finding corresponded to the fact that stroke subtype of cardioembolism was significantly higher in the ≤ 6 hrs group compared with the >6 hrs group. Actually, cardioembolic stroke has severe neurologic deficits and sudden onset, it is assumed that these patients or bystanders can easily recognize the abnormality and call ambulance in the very early phase. It was reported that cardiogenic embolism was the most abundant subtype of stroke in the patients treated who with thrombolytic therapy [15]. On reflection, it can be said that to be aware of atrial fibrillation is also important to early detection of stroke.

Whereas, for the patients who admitted in the hospital within 6hrs but were not adopted to the interventional therapy, mild neurological deficits was the most frequent reason (68%). It is not a negative result. Since, it can be said that these patients are aware of the stroke symptoms and had known that they immediately have to go to hospital.

This study contains several limitations. Our data was retrospectively collected from one hospital. Therefore, we could not access all acute stroke patients in the area. Moreover, our hospital has a role of the acute stroke center in this area, several stroke patients might be admitted in our hospital. Next, the correcting period was one year and the number of patients, especially patients with interventional therapy, was small. In the future, it needs to conduct a prospective multicenter study.

Educating patients by the family doctor might be effective for stroke awareness. Moreover, relatively healthy younger people will be main target for the stroke awareness campaign. 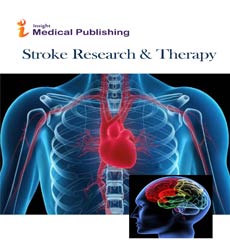